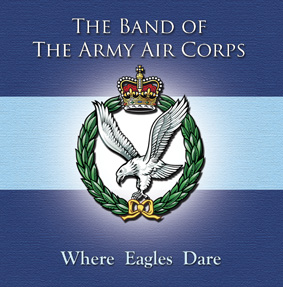 We have completed the work on the project on behalf of the Band of The Army Air Corps which was recorded in September and the album will be available in early January.

This is a double CD of music the first of which contains a fine mix of traditional military music, some fine concert works and includes an exceptional performance of Philip Sparke’s ‘Year of the Dragon’.

The second CD features a selection of the better known trumpet calls and more formal music for specific military occasions, something which will undoubtedly be popular particularly with both current and former members of the military.

To learn more about the band visit them at http://www.army.mod.uk/music/corps-band/553.aspx