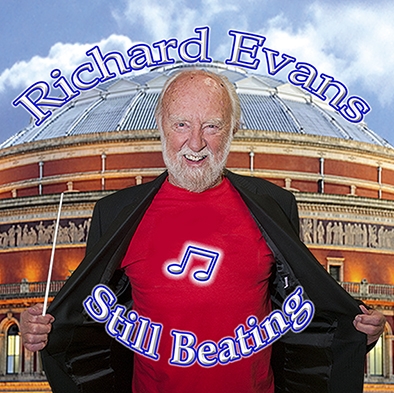 The latest project which has been sent for manufacture is a selection of the personal reflections of the flamboyant, colourful and talented musician Richard Evans. He has for many years excelled worldwide as a successful player, teacher, conductor, adjudicator and administrator.

“Richard Evans still beating” is the newly extended autobiography which is to be published in May of this year. The excerpts in this double album recall in fascinating detail his early family life as the son of a career soldier, his introduction to musical life and his involvement as a founder member of the National Youth Brass Band of Great Britain.

It goes on to recall a number of delightful tales of his experiences in Japan and many venues throughout the world where he has become such a renowned conductor, educator and ambassador. He also recounts many of his escapades touring successfully with his Leyland and BNFL Bands.

The CD itself is being launched on Sunday 17th of March 2019 when Richard joins Foden’s Band  at the Lancastrian Suite, Chorley Town Hall for “An Audience with Richard Evans“.

Should you be unable to attend that event you will be able to purchase the CD in our on-line shop after that date.