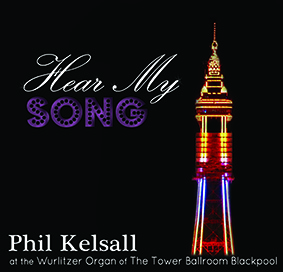 Blackpool Tower’s Ballroom is home to what must be the most famous and most played Wurlitzer in the world and Phil Kelsall has now completed 36 years at the Tower. In 1977 Ernest Broadbent the then Tower organist, retired and Phil was the obvious choice as the new principal resident organist, a position he has held ever since.

In conjunction with RAS Audio we have just completed the latest of Phil’s CDs, “Hear My Song” which is due for release later this month.

You can learn all about Phil at his website www.philkelsall.co.uk