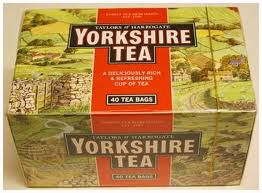 Our latest venture takes us into the world of advertising.

The Marsden Band has recently been involved in the making of a new advertisement on for the famous brand “Yorkshire Tea”  The company’s current advertisement features a liveried vehicle travelling across America but the next series will feature a traditional brass band in the beautiful Yorkshire countryside.

We have been involved in recording the soundtrack for the advertisement which is being produced by the London based BMB Agency, bmbagency.com and which will be seen on television and in cinemas in the new year.

You can learn more about the band at marsden-band.co.uk/.