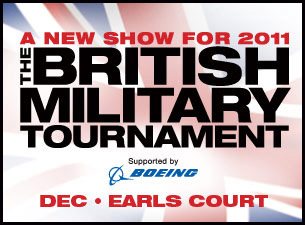 The Royal Tournament  is the first, the oldest and biggest Military Tattoo in the World and has a history which goes back to 1880. Although it met its demise in 1999 it was revived in 2008 and The British Royal Tournament, as it is now known,  has been held at Earl’s Court in London over the preceding three days and boasts of being the largest display of military theatre anywhere.

This year all three of the military services were represented with spectacular displays and a substantial musical input which included the massed bands of the Grenadier, Irish and Scots Guards, The Royal Marines, the Central Band of the Royal Air Force and the US Army Europe Band. In addition, the orchestra was provided by the Band of the Royal Artillery and for the first time a CD is being produced of the musical highlights of this great event which we were asked to record.

Having spent two days at the event we will now spend some time putting together the project which should be available in early January.