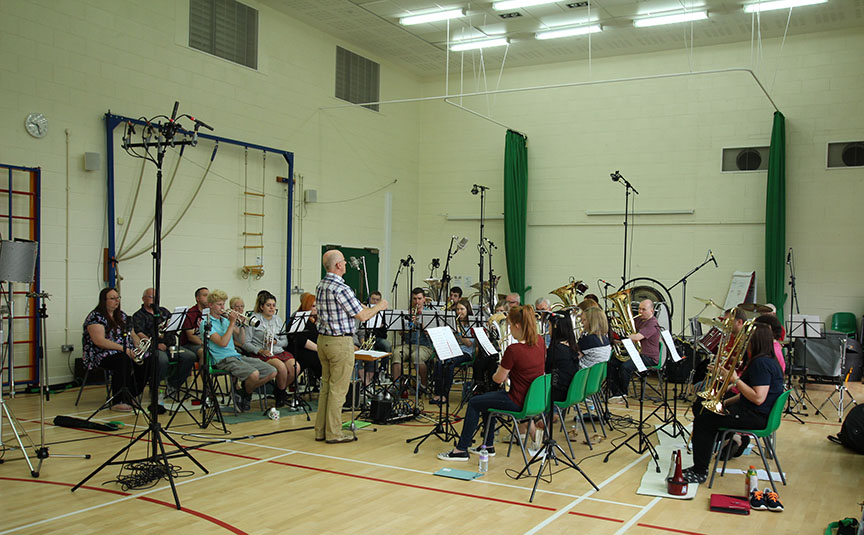 We have spent the weekend with the members of the Middleton Band recording their latest CD.

Featured in the recording is a substantial new work, “Perseverance”,  by Andrew Baker, a good friend and former player with the band which recounts their musical history in celebration of the organisation’s forthcoming 140th anniversary.

As a part of the forthcoming celebrations there is also a fine contribution from their thirty strong enthusiastic Youth Band.

The CD will be issued later in the year and you can learn more about them by visiting the Middleton Band website.