The shop officially goes on line today and there you can browse the catalogue and place secure orders directly from the site. Although we are using the latest technology to ensure the safety of our site you can still send us an e-mail and a cheque to complete your purchase.

Many thanks to Nick at www.websitesimple.co.uk/ for all his help. 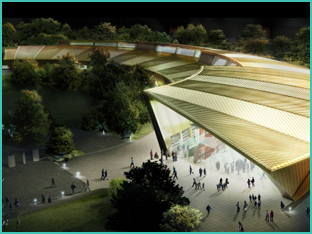 We have just spent a very pleasant weekend in Colchester recording a group of local artists who have come together to record an album to promote the new “Firstsite” building which is to officially open in September of this year. The project is a partnership between Firstsite, Arts Council England, the East of England Development Agency (EEDA), Colchester Borough Council, Essex County Council and the University of Essex and the new building is a most impressive structure inspired by Colchester’s Roman heritage.

The groups included the Band of the Parachute Regiment, Colchester Waits, a group who have recreated a medieval ‘Shawm Band’, Quire – Colchester’s World Music Community Choir, and Sanctorum, a Death Metal group. Quite a varied selection and the CD will be available as part of the celebrations marking the  opening of the new building.

To learn more about Firstsite visit their website at http://www.firstsite.uk.net/page/1/Home